In the end, we didn’t tell Isita about the two week deadline for getting out of the hospital. The chances of not making it are too high. Instead we have gone for a series of smaller steps, starting with a couple of trips to the hospital’s Morgan Stanley Garden over the bank holiday.

She can’t be disconnected from her pumps yet, so on Sunday Darryl and Hannah (whose last day it was on the ward) escorted her down. We made a daisy chain, pulled funny faces, and then the nurses each massaged one of Isita’s feet with hydrating cream while I held the iPad. Talk about being pampered. Marta and the nurses took her down again on the Monday. 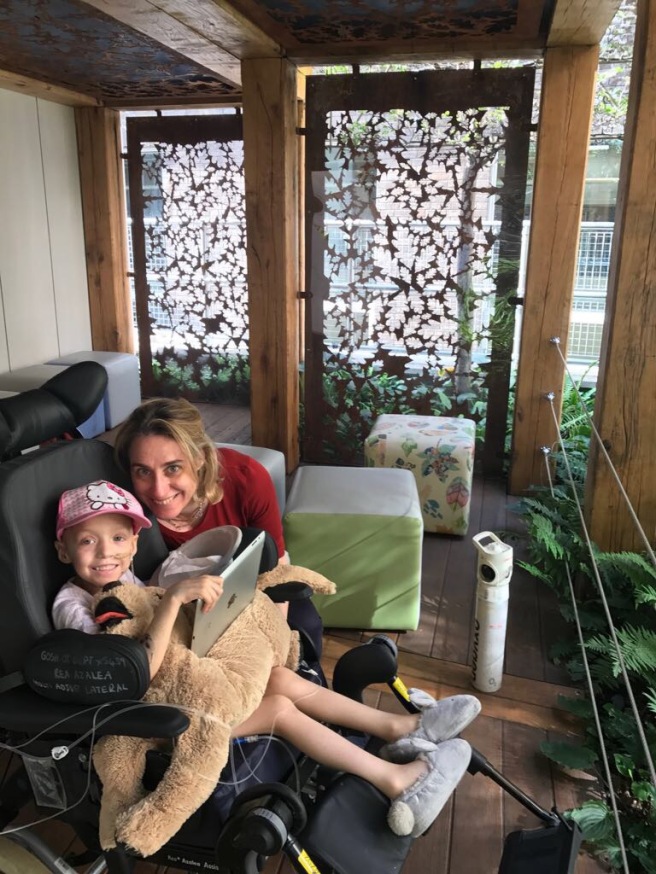 The next step is to try and disconnect some of the medicines, and then to get an hour or so of free time each day. We have also started daily physiotherapy, which she does unbidden (that’s grit for you).

She had taken on the idea that this is the way she will eventually get to do all the things she wants to. Yes, to go home, but before that to slide down the big slide at the Coram Fields play ground.

She is making tremendous progress on all fronts. The doctors are delighted.  She not only looks better and is more cheerful, but her blood counts and other technical indications are all strongly positive. Although she still has episodes of pain they are less frequent. We have started to dial down the morphine and ketamine. The medical plan is still that the current array of treatment will allow her gut to heal itself. Sooner or later we will all be at home again. 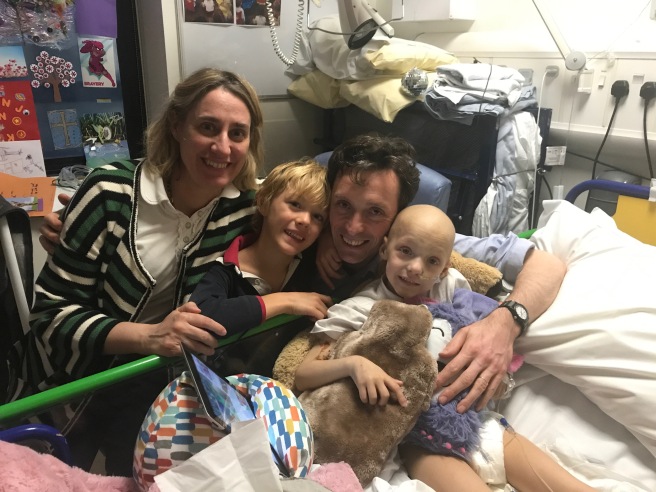 8 thoughts on “Lots of small steps ”